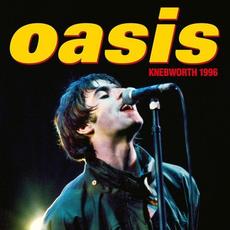 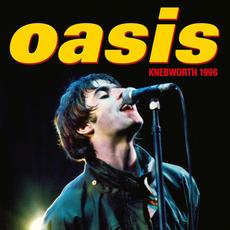 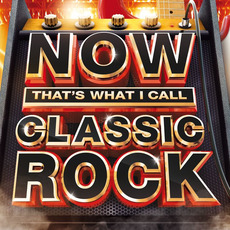 The trouble with making your name in the music industry by releasing a flawless debut album, is that already the benchmark is set and people's expectations of you are high. Yet somehow, "(What's the Story) morning glory?" continued to raise the bar for other Britpop bands of the mid 1990s, and despite mixed reviews upon its initial release; has stood the test of time.

Despite the first couple of tracks being more reminiscent of the raw, Definitely Maybe sound, already you can sense from the more emphatic choruses & string arrangements Oasis were beginning to move in a slightly different direction.

Wonderwall's acoustic & strings feel demonstrated another dimension to the band and has since become one of the most recognisable tunes of the 90s; while Don't look back in anger, with its frequent major/minor combos and piano, clearly revealed the Gallagher's Beatles influences.

The album gradually picks up the pace again moving into Hey Now & Some Might Say, before slowing down to again, a more acoustic Cast no Shadow, which was in fact written about Richard Ashcroft of the Verve. She's Electric is a cheery little number with some lyrics borrowed from a children's television programme!

After an excerpt from the Swamp Song and some other bizarre sounds, the powerful Morning Glory bursts into life before progressing into Champagne Supernova, which starts slowly and gradually builds up, leading the listener into an epic finale, featuring an immense guitar solo from the legendary Paul Weller.

(What's the story) Morning Glory? has been around for 20 years now, but it will never get old. A truly magnificent record.
Zenganator14
"(What's the Story) Morning Glory" is the second studio album by Oasis (comprised of Liam Gallagher on vocals, Noel Gallagher on lead guitar, Paul Arthurs on rhythm guitar, Paul McGuigan on bass, and Alan White on drums) and was released on October 2, 1995. The album peaked at number four on the Billboard 200 and peaked at number one on the UK Albums Chart while being certified 4x platinum in the U.S. and 14x platinum in the U.K. Oasis released six singles that included "Some Might Say" (U.K. single), "Roll With It" (U.K. single), "Morning Glory", "Wonderwall" (peaked at number 8 on Billboard Hot 100), "Don't Look Back In Anger" (peaked at number 55 on Billboard Hot 100), and "Champagne Supernova" in that order. The album was ranked as the 378th greatest album of all time by Rolling Stone Magazine.
I am not the biggest fan of Britpop but this album is a classic. Putting much emphasis on "huge" choruses, Oasis was criticized for their lyrics and thought that this album was inferior to "Definitely Maybe", their debut album. In my eyes, although it being a little poppy (especially with "Wonderwall"), I thought it was a good album with its ups and downs but with great songwriting.
1. "Hello" - Opens up with the acoustic guitar chords for "Wonderwall"; catchy guitar riffs but not the chorus - 2.2
2. "Roll With It" - Opens right up with a catchy chorus which sets the tone for the rest of the song; not a great guitar solo - 3.1
3. Wonderwall" - Easily one of the most recognizable acoustic guitar of the 90s. Love the mix of piano and the orchestra throughout. Easily the best song on the album - 5.0
4. "Don't Look Back In Anger" - Love the piano in the beginning and once again the orchestra as well as the guitar chords throughout. I like the refrain way better than the chorus itself. The third best song from the album - 4.3
5. "Hey Now!" - A very repetitive song but like the drumming and once again the violin - 2.7
6. "Untitled" (The Swamp Song) [Version 1] - A "filler" song but like both the rhythm and lead guitars - 1.5
7. "Some Might Say" - Like the heavier (but still not heavy at all) guitars but I dislike the vocals/lyrics and the use of the percussions - 2.6
8. "Cast No Shadow" - Love the backing vocals throughout and the orchestra in the background. Misses a powerful chorus and ending - 2.8
9. "She's Electric" - One of my least favorite songs from the album; The lyrics and vocals are awful while the instrumentals are ok - 1.9
10. "Morning Glory" - Has okay lyrics but I like the groove to the song, although the chorus is poor - 2.8
11. "Untitled" (The Swamp Song) [Version 2] - Another "filler" song that acts like a little opening song to "Champagne Supernova" - 1.4
12. "Champagne Supernova" - The beginning is a little slow to start but soon erupts towards the end. Has very good vocals by Liam throughout; good guitar riffs and solo with an awesome chorus. A perfect closing song to the album. The second best song on the album - 5.0
Amanda
It's been seventeen years after this album was released and I just now found Oasis! I'm addicted. The "Don't Look Back In Anger" mp3 almost got worn out (figuratively speaking) from being played so many times in a row. "She's Electric" is cute and catchy. The title track, "(What's the Story) Morning Glory" is also a wonderful song, playing on my pc as I write this review, it seems a little 'deeper' in meaning than some of the others to me. "Wonderwall"...wow. Beautiful. One of my tracks from this album got corrupted and I plan on downloading a replacement soon.
Lieven
It contains "Wonderwall". What else is there to say? Well, I could add that I still consider "(What's the Story) Morning Glory?" Oasis' best album ever, and it features really great songs across the board. It was the album that followed the one which put them on the map, and it did not disappoint.

But really, it contains Wonderwall. You can't be an Oasis fan without owning this album, and if are not yet an Oasis fan, this album will make you one, I daresay.