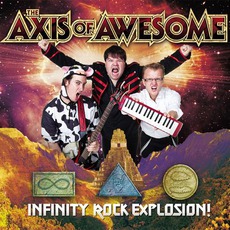 Also by The Axis Of Awesome

Cry Yourself A River 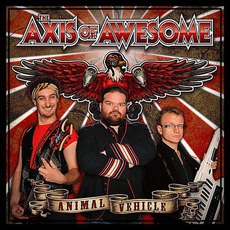 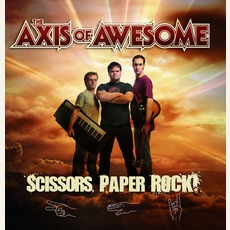 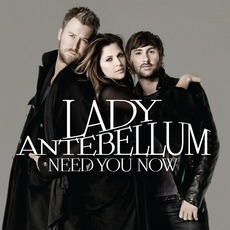 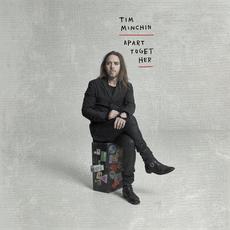 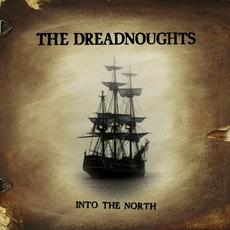 The Dreadnoughts
2019$1.80
Jim
The Axis of Awesome gained popularity with a video that went viral of their “Four Chords” song, which starts with the opening chords of Journey’s “Don’t Stop Believing”, then morphs into a medley of more than 30 hit songs that use the same chords & basic structure. It begins with Benny Davis playing the keyboard and singing the first few song fragments, then guitarist Lee Naimo adds guitar to the keyboards, and finally vocalist Jordan Raskopolous chimes in with “Can You Feel the Love Tonight”, and they are off. They do a fantastic job with it, and if that is what led you to look into the band, you will love this album.
The band members each have a particular role throughout the various songs and skits. Benny is the straight man, the attempted voice of reason when the other two start to get too crazy, and in general the whipping boy of the band. Jordan is the alpha male, the wannabe metal singer who acts, and looks, a lot like Jack Black. Lee is the quiet, goofy one. He plays a good guitar, but doesn’t have the best singing voice, and they use this perfectly. He chimes in during “Four Chords” and the others stare and go quiet until his warbling voice stops. The three have a great rapport, each playing their role perfectly throughout the album.
The first real song on the album is “The Glorious Epic of Three Men Who Are Awesome”, a name which tells it all. It tells a fantasy story of how the band came together, through swords, magic and rock music. The petite Benny gets the shaft by the others, being called a dwarf through Jordan’s hilarious insinuations. It’s a great pseudo-rock song that tells you maybe not who the band are, but who they THINK they are.

“Skeleton Man” is another great song, about a boy who, being exposed to X-rays, is revealed to be part man, part skeleton. Benny fruitlessly tries to explain that everyone is part man part skeleton, but the others are having none of it. Like most of their songs, the three argue with each other during the track. They are something like a cross between Tenacious D and the Smothers Brothers, and it really works for them.

“Songs To Sing Along To” is a pseudo-infomercial, touting a mix of songs that you can sing along with, except they are all songs that you can’t understand all the lyrics to. First up is “Blinded By the Light” by Manfred Mann, “revved up like a doooosh, enuh ma nooma in the night.” Like “Four Chords”, they get a good mix of songs everyone knows and isn’t sure of the lyrics for. Included is Jordan’s hilarious Bob Dylan impersonation.

If you enjoyed “Four Chords”, you will definitely enjoy this album. There are many great, funny songs, several skits, and just some fun comedy. This is the best of their albums, so if you are thinking of trying them out, this is the one to start with.