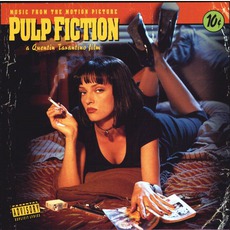 Various Artists
2013$7.56
Jon Rhodes
The Pulp Fiction soundtrack is a collection of some of the best songs (mostly) from the 60s and 70s, featuring rock and roll, soul and surfer music. The music is a great fit for the film, but even if you didn't watch the movie, the songs are nice to listen to on their own.

The only thing I didn't like was there were snippets of dialogue from the film in the beginning of many tracks. Although they might be interesting to listen to the first time, I generally found them unnecessary and prefer to listen to the songs by themselves. Other than that, it's a great album and you'll love it if you were a fan of the film.