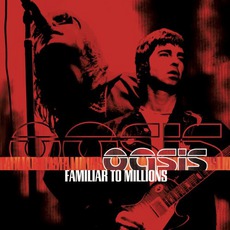 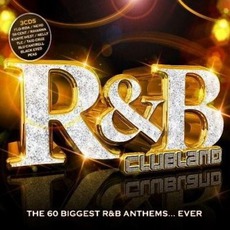 Adele
2011$1.56
Amanda
"Familiar to Millions": one of the few Oasis live gigs to have an official release. The concert took place July 2000 at Wembley Stadium and it was HUGE. Just listening- wow, it's overwhelming. It was part of their "Standing on the Shoulder of Giants" tour. Please note (and you probably already know this if you're a fan of the Gallaghers' live music) there's profanity on almost every track, plus some racy between-track commentary. I downloaded it anyway and with a fair amount of editing made my own 'clean' version.

These 13 tracks are from the highlights CD. There was also a two-disc CD release for this concert, and vinyl, cassette, and DVD video - this concert was a big deal. And while Liam Gallagher's vocals can be 'iffy' on live performances I thought he did a wonderful job singing here. If you hunt around (or get the two-disc CD) you can find a few extra tracks from Wembley not besides these. All these awesome songs were written by Noel Gallagher, lead guitarist and occasional lead singer. Here's my breakdown.

"Go Let It Out" - 'pick up your face!' (instead of Noel's usual 'pick up the bass' line). This one, like most of the tracks on this album, is sung by Liam with lots of attitude and rock-star swagger as usual. Wouldn't have him...or the song!... any other way. "Who Feels Love" has got a harder rock style than the more mellow album version, but there's still sufficient '60s psychedelia here to convince me I was born in wrong decade musically-speaking. Cheers!

"Supersonic" and "Shakermaker" are perennial favorites from Oasis's first album, "Definitely Maybe", and you can hear the crowd screaming excitedly as the opening riffs to these familiar rock tunes are played. Both awesome recordings. "Acquiesce", originally a B-side, is always a favorite of mine because both Noel and Liam sing lead. Noel's part is heaven, such a perfect contrast to Liam's rough rock 'n roll voice. You can hear the crowd cheer whenever Noel starts singing the chorus.

Noel was really on his game here, "Gas Panic!" has some brilliant guitar sections. "Roll With It"...wait, did Liam really ask for some chick in the audience to take off her shirt and have the image put on the big screen on stage??? Yeah. And some chick really did it. Ain't her folks proud. If you don't get a kick out of hearing Liam make this request the album's probably not for you, lol (he makes some 'alterations' in the lyrics as well, I was able to clean the mp3 up quickly though). Noel's accompanying vocals here are even better than the album version -- "Take me away!"

This is one of many live recordings of "Wonderwall" in my collection and all in all, it may not be the best, but hearing the huge crowd sing along with the chorus makes it special. "Cigarettes and Alcohol" - doesn't that sum up what so much of Oasis is about? "Don't Look Back in Anger" is another one of which I have beaucoup recordings, I love how Noel stays silent and lets the crowd sing the chorus. Finish things up with favorites "Live Forever", an awesome take of "Champagne Supernova", and one last encore in "Rock 'n Roll Star" and you've been through most of Oasis's biggest hits up to that point.

Yes, Liam sounds a bit tired. He was probably drunk. Both he and Noel were going through rough patches and had recently split with their wives. The brothers were apparently not speaking to each other off-stage. Can't say those circumstances don't show, but that ain't what this gig was about -- so just crank up the volume and let "Familiar to Millions" rock your world. Cheers Oasis :)