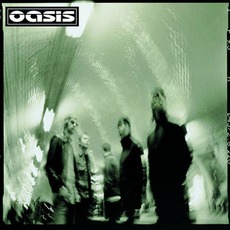 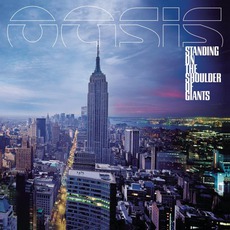 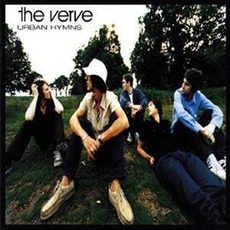 Arctic Monkeys
2013$1.44
Ian
After the success of their debut album "Definitely maybe;" Oasis' follow up album "(What's the story) morning glory?" had seen them break into the American market, something many of their Britpop counterparts had failed to do. By 1997 Oasis were a musical behemoth with global recognition, and with that came huge expectation; and for the first time they were having to write new material from scratch.

Internal conflicts within the band combined with heavy drug use and a media frenzy took it's toll, and at this point in their career it would be fair to say they were victims of their own success.

The singles from the album; "D'you know what I mean?" "Stand by me," and "All around the world" lacked the commercial appeal of their earlier material. Lyrically the songs were weak and bogged down in clichés, and there appears to be an attempt to compensate for this by the repetition of big choruses in a few of the tracks. The key changes in "All around the world" do nothing to capture the imagination, if anything they make a very mediocre track drag on for too long.

Conversely; "Don't go away" is quite a pleasant ballad, and there is an epic guitar solo in "It's getting better man" worth listening out for; but on the whole "Be here now" is a disappointing release from a band who were capable of far greater things, and subsequently hasn't stood the the test of time.
Amanda
I've read a lot of reviews about "Be Here Now" saying what a good underrated album this is, and that it gets more negative feedback than it deserves. I haven't actually seen too much of this negative feedback!! Sure, the album may not be Oasis' best (you can't expect "The Masterplan," ironically a collection of b-sides, from every album) but if you're a fan of the band I think you'll agree that it's worth adding to your music collection.

The one drawback to me is that a lot of the songs are too long. "All Around the World" is awesome but gets a little repetitive. "D'you Know What I Mean" and "Magic Pie" are both 7-8 minutes long, but give them a try. "Magic Pie" is a weird title and though you might expect a 'lame' song it's actually a great one; I have a soft spot for Noel Gallagher's singing.

"The Girl In the Dirty Shirt" is a favorite, if only because of the sheer randomness of the title. Supposedly inspired by a girlfriend that didn't pack enough clothes and had to iron a dirty shirt to wear again. But the music, catchy yet almost relaxed beat, and Liam's vocals totally sell it. "Stand By Me" and "Don't Go Away" are two more favorites, both fairly slow relaxed tracks with beautiful, inspiring lyrics sung by Liam.

I'm listening to the album as I write this and am growing more convinced that "Be Here Now" is a must-have for me. The album is somewhat middle-of-the-road as far as 'rock' level, none of them too hard but no acoustic tracks either. Five solid stars, aside from the length of a few of the tracks you can't go wrong with "Be Here Now" IMO.