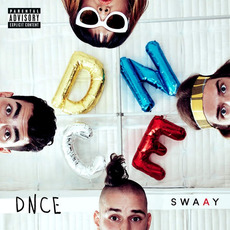 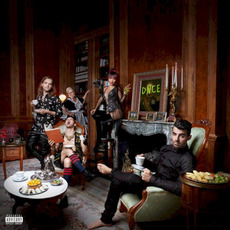 Adele
2015$1.68
Ron
I'm glad that Joe finally let go of Jonas Brothers and finally just started his own thing, because the last couple songs the Jonas Brothers released when they attempted to revive the band sounded nothing like them. It sounded like Joe was already imagining DNCE, while still trying to hold on to Jonas Brothers. Now that he finally has DNCE, the music makes more sense, and isn't as pressured to sound like the Jonas Brothers.

My favorties are: "Cake by the Ocean", "toothbrush", and "Jinx"

"Cake by the Ocean" is this bands debut single, and a solid one, as it really helped put these guys on the map. Apart from the serious sexual undertone evident in this song, this is a great, catchy, summer song that should make anyone dance or sing along when playing.

"Toothbrush" is a song about wanting to develop a serious relationship with a girl that he may or may not be in love with. Using the classic line "leave your toothbrush at my place", implying that she's sleeping over and living with him.

"Jinx" seems to be a song about a guy who realizes that he has something great in this relationship with a girl, and he doesn't want to mess anything up, or "jinx" it by doing or saying something wrong. He wants it to last forever, because it makes him the happiest guy.

Overall, this is a great album. Probably not suitable for kids due to the sexual undertones in most of the songs, but for more mature audiences, it is a good album. Not much swearing in the album, but as I said there are sexual innuendos that make this album a little shaky for younger kids.