Adventure of a Lifetimeby Coldplay 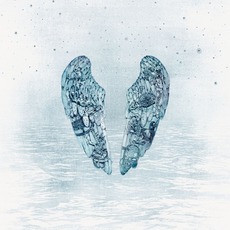 Maroon 5
2014$1.68
Anon
So, here we have a brilliant new Coldplay song. It starts off with an experimental sound effect which leads on into a full on section of music, which sounds really good because the whole band are playing real instruments. Most modern music contains computer generated sounds and the ocasional horribly edited piano or violin. Then the sound effect turns into Chris Martin's vocals, then back to effects, then to vocals again. The song ends with a lively call and response section. In my opinion, this is a funky, feel - good song. And guess what? In the music video, Coldplay are MONKEYS! (or chimps or gorillas or whatever - I can't really tell.)

⭐️⭐️⭐️⭐️
Nolly
For those who have followed Coldplay musical journey from the beginning, their new track, "Adventure of a Lifetime," comes as a something of a surprise. It has a definite disco vibe to it, which is is somewhat unfamiliar territory for them.

However, this is not entirely shocking considering their journey towards more pop-influenced, and funky music. Ghost Stories was notably subdued, in all likeliness due to the then recent breakup of Chris Martin and Gweneth Paltrow. In this track, non of that gloominess remains. It is enough to make you believe that Chris Martin has a new sweetheart. Feel good disco beats, funky guitar riff, smooth lead by Martin and repetitively catchy backing vocals, this track is a good time.

And unlike some of Coldplay's other great hits, this one will serve to liven the party, not quieten it. Lets hope it is indicative of the upcoming album, "A Head Full of Dreams," to be released by Coldplay later this year.