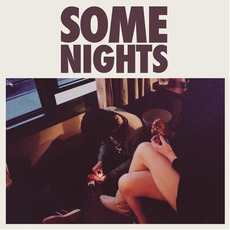 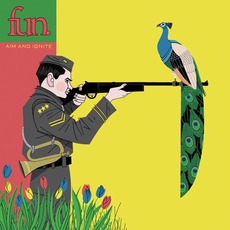 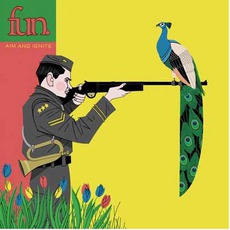 Taylor Swift
$2.28
Melissa
Fun, (with a period after it) recently explained that they had to add the period after being informed that another band had the name, "Fun" during a hilarious Chelsea Handler interview that proved they live up to their name. "Fun." consists of bassist Andrew Dost, vocalist Nate Reuss, and guitarist Jack Antonoff.

If you want to download one of the albums, and aren't really sure which one to get- "Some Nights" is a great place to start. Member, Jack Antonoff states in a "FaceCulture" interview on YouTube that "Some Nights" is the album that most defines who the band is.

Produced by 2009 and 2012 (hip-hop/rap) Grammy award winning producer, Jeff Bhasker, Some Nights has a unique rock meets hip hop meets indie sound. The result is a fresh sound with huge commercial success that appeals to the masses.
Manda
The review comparing Fun to Queen is on the dot. Their songs contain catchy choruses (Some Nights) and quirky lyrics (All Alone sounds like its about a doll). If I were to place them on the spectrum that is my music collection they would fall between Queen and Mika (a pop artist who also uses quirky lyrics and a catchy chorus, who also sung a song about a toy). And if you like Some Nights I would recommend their previous album Aim and Ignite (Walking the Dog was the theme for the commercial for NBC's The New Normal).
Somebody
This album 'Some Nights' got really old for me after a while. Their songs are quite repetitive, and bore me easily. I wouldn't recommend this album to many, but if you like a sound like them, go for it.
Michelle
These guys sound a lot like the 70's - 80's rock band Queen. When I first heard Some Nights, I actually thought it was Queen. Carry On also sound very similar..So if you are a fan of Queen....you should give these guys a try..
evelynsophia
Okay, no pun intended... well kinda, but this truly is a "fun" album. The hit single, "We are Young" feat. Janelle Monae is a great listen as well as "Carry on". If you like Queen you're sure to love fun.'s "Some Nights"